Sanders in an email to supporters endorsed Booker and five other progressive candidates for Congress. The self-proclaimed Democratic Socialist noted Booker gaining recent public appearances after taking a front-and-center role in Kentucky’s protests over the death of two black Louisville residents who were killed by police — Breonna Taylor and David McAtee to cite as reasoning for his endorsement.

“As Louisville has become an epicenter of national tragedy and protesters due to the police murders of Breonna Taylor and David McAtee, Charles has shown leadership by showing up on the frontlines,” Sanders said in an email letter to supporters. “He was an endorser of our campaign for president and supports progressive policies such as criminal justice reform, Medicare for All, and getting big money out of politics.”

.@Booker4KY is running for U.S. Senate in Kentucky, where Mitch McConnell is currently up for re-election. He was an endorser of our campaign for president and supports progressive policies such as criminal justice reform, Medicare for All, and getting big money out of politics. pic.twitter.com/cuT3fouMqy

Ocasio-Cortez announced her endorsement in a tweet less than an hour after Sanders, backing a candidate she said is “building the kind of principled, inclusive, and winning coalition in Kentucky that can inspire positive change.”

“Charles Booker (@Booker4KY) is running for Senate & building the kind of principled, inclusive, and winning coalition in Kentucky that can inspire positive change,” Ocasio-Cortez tweeted with a link to an ActBlue donation page. “The US Senate will be a better place with him in it. I’m proud to endorse him. Let’s go.”

Booker highlighted the endorsements from the two high-profile progressives as evidence that “momentum continues to build” for his campaign.

“Kentucky is ready to lead, and the country is standing behind us. These endorsements are further proof that our vision to end poverty, lead on structural change, and uplift all people is the right message at the right time,” Booker said in a statement. “We will win this primary, beat Mitch McConnell, and transform our future.”

Earlier, his campaign released its first television ad before the June 23 Democratic primary where he solely takes aim at McGrath. The frontrunner, McGrath who ran a high-profile, but unsuccessful, bid to unseat Rep. Andy Barr in 2018 is considered in Booker’s ad as a “pro-Trump Democrat” based off her talking points. The 30-second ad titled ⁠”Fighting for Real Change” ⁠uses a clip from McGrath appearance on MSNBC where she says “the things that Kentuckians voted for Trump for are not being done” with a text on the screen that reads “Amy McGrath Challenges Mitch McConnell as a Pro-Trump Democrat.”

McGrath campaign pushed back on Booker’s accusation that she described herself as a “pro-Trump Democrat.”

“Lt. Col. Amy McGrath has said she would work with any president, whether that person has a red jersey or a blue jersey, to do what’s right for Kentucky and do what’s right for the country,” Terry Sebastian, McGrath campaign spokesperson said in a statement. “Likewise, she will stand up to any president of either political party if they act in a way that would harm Kentucky or the country.”

There are 10 candidates vying for the party’s spot to challenge McConnell in a tough battle in November. The race is considered to be a three way primary consisting of McGrath, Booker, and Mike Broihier and there also have been no public polling conducted since McGrath is considered to be the favorite to win.

Green at George Floyd Funeral Calls For a ‘Department of Reconciliation’ 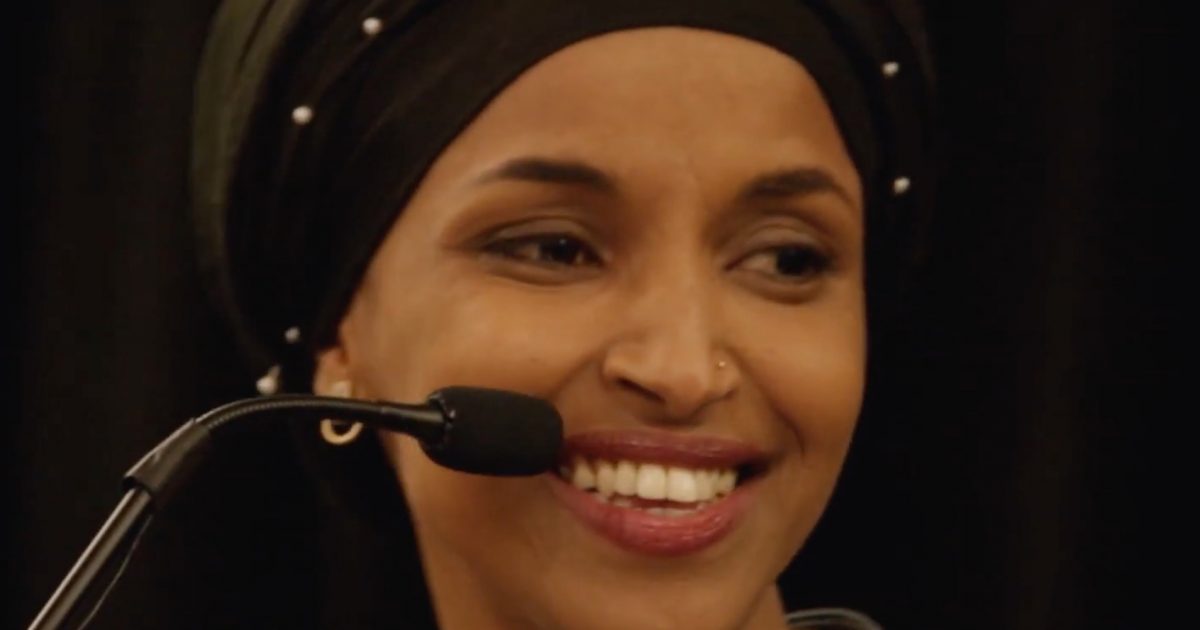