Sen. Ted Cruz (R-TX) called Sen. Sherrod Brown (D-OH) “a complete ass” following a testy confrontation the Democratic lawmaker had with Sen. Dan Sullivan (R-Ak) on the Senate floor Monday evening over the issue of mask-wearing, despite the fact the two men were “over 50 feet away” from each other.

In a tweet linking the now-viral video showing the exchange between Brown and Sullivan, Cruz criticized the Ohio Senator for his “idiotic” mask-wearing lecture.

“This is idiotic. @SherrodBrown is being a complete ass. He wears a mask to speak — when nobody is remotely near him—as an ostentatious sign of fake virtue.”

This is idiotic. @SherrodBrown is being a complete ass. He wears a mask to speak—when nobody is remotely near him—as an ostentatious sign of fake virtue.@DanSullivan_AK was over 50 feet away, presiding. Last I checked 50 feet is more than 6 feet. https://t.co/BoIGrAV7T1

Cruz added that Sullivan was presiding “over 50 feet away” reminding the Ohio Senator of the Centers for Disease Control and Prevention (CDC) guidelines that advise that one should wear a mask when they can’t be 6 feet away from others. “Last I checked 50 feet is more than 6 feet.”

Brown reacted to Cruz’s “complete ass” remark on CNN, saying the Texas Senator isn’t telling the truth regarding the distance between Sullivan and other workers not shown in the video.

“Senator Cruz doesn’t have an intimate relationship with the truth and much of his public life,” Brown told CNN’s host Chris Cuomo Tuesday evening. “The fact is that every time a senator stands up and speaks there is a senate stenographer about six feet away and senators that don’t wear masks are putting them at risk. I mean, I know that Ted Cruz doesn’t see the Senate’s stenographer… that group doesn’t see workers generally and again particularly essential workers.”

The tense dispute occurred when Brown demanded Sullivan to “wear a mask” while speaking as he was presiding over the Senate.

“I’d start by asking the presiding officer to please wear a mask as he speaks,” Brown said, keeping his mask on to make his point while charging at Sullivan.

“I don’t wear a mask when I’m speaking, like most senators,” Sullivan fired back. “So, I don’t need your instruction.”

“I know you don’t need my instruction,” Brown shot back. “But there clearly isn’t much interest in this body in public health. We have a president who hasn’t shown up at a coronavirus task force meeting in months. We have a majority leader that calls us back here to vote on an unqualified nominee and at the same time to vote on judge after judge after judge, exposing all of the people who can’t say anything. I understand. People in front of you and the presiding officer. And exposing all the staff here. And the majority leader just doesn’t seem to care.”

Sullivan addressed the heated exchange he encountered with his fellow Democrat colleague Tuesday evening on Fox News “The Story” Tuesday evening, saying he didn’t appreciate being “lectured or preached” from Brown.

“Some of these far-left senators like Senator Brown just can’t help themselves on their desire to want to lecture people on these kinds of issues, whether it’s lecturing other US senators or lecturing working families, and I think it’s a put-off,” Sullivan said. “People recognize the challenges. We’re going to get through these challenges, but to be lectured or preached to by senior officials is something that I think is not, not, I certainly didn’t appreciate.”

After the incident, Brown tweeted, “I asked my Republican colleagues to stop endangering all the Senate workers – and simply wear a mask when presiding over the Senate. Once again, they refused.” 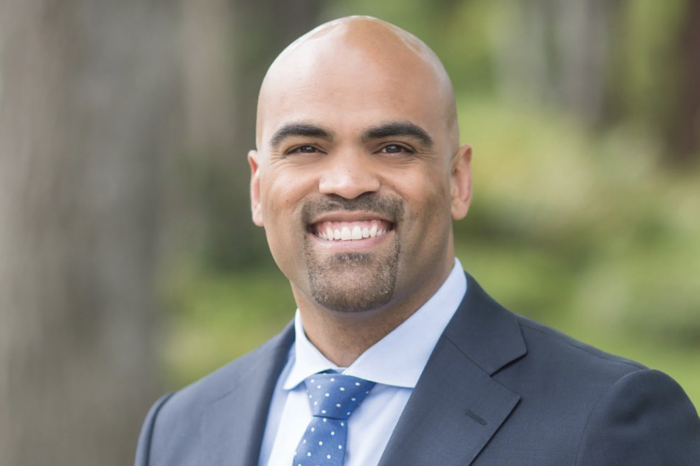