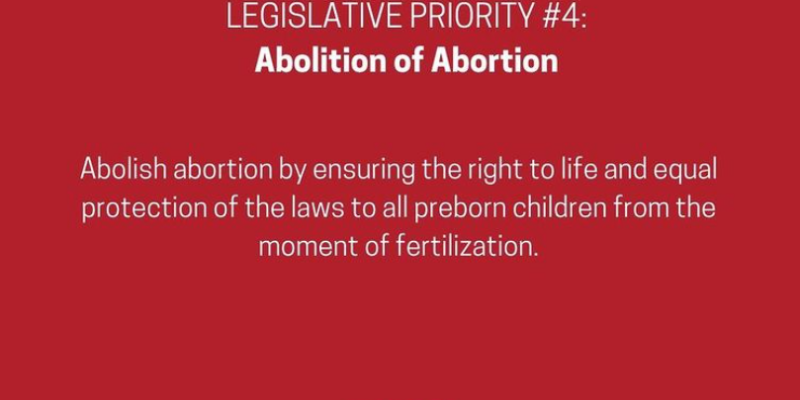 The 2021 legislative session has seen a flurry of GOP efforts to tighten anti-abortion regulation. The moves are consistent with Texas GOP Chairman’s Allen West’s promise to push a conservative agenda.

Buoyed by a conservative majority in the U.S. Supreme Court, there have already been over a dozen anti-abortion bills filed this session, including the controversial “heartbeat bill” (HB 1165) that seeks to bar abortions after a heartbeat is detected. The exception to the current 20-week ban in the event of fetal disease or disability that would likely result in death soon after birth is also expected to be contested.

A Texas Right to Life press statement released in December 2020 stated that “the political and judicial dynamics have altered” since last session, and that “2021 could be prime for Pro-Life legislative and legal victories.” It unveiled its Texas Abolition Strategy and put forward its threefold agenda to challenge Roe v. Wade.

Two “trigger” bills were filed on Jan. 22. One promised to ban abortion in Texas if the Supreme Court overturned the case or otherwise altered abortion laws, and the other bill could ban abortion after 12 weeks.

“Life, liberty and the pursuit of happiness are at the very center of what it means to be an American,” Sen. Angela Paxton (TX-R), co-author of the bill, said in a statement. “I believe there always has been and always will be energy from Texans to promote and protect life.”

These primary maneuvers are accompanied by other bills seeking to restrict access to abortion, including attorney representation for fetuses of girls under the age of eighteen seeking abortion without their parents’ consent. The bill’s author Rep. Scott Sanford (TX-R) argued that it ensures “all parties would be represented.”

Anti-abortion advocates have been re-invigorated by the conservative majority in the Supreme Court. Texas abortion laws currently before the courts include one that would restrict access to the most common way to end a pregnancy in the second trimester.

Significant concerns have been raised by women’s health advocates. Texas already has the highest maternal mortality rate in the country and critics fear that further restricting abortion access is likely to push pregnant women to seek unsafe methods to terminate the pregnancy.

“It’s the perfect storm,” says Rep. Donna Howard (TX-D) who chairs the Texas House Women’s Health Caucus. “There is going to be more of a fight this session over reproductive rights than we ever anticipated, and we’re very concerned about how things are going to go, especially as the pandemic makes it more difficult for public input – and public outrage.”

ACLU of Texas Moves to Intervene in Texas Lawsuit