The developer of the Keystone XL pipeline announced Wednesday that they are is pulling the plug on the construction project after President Biden with a stroke of a pen cancelled its permit on the very first day he took office.

TC Energy, the Canadian company sponsoring the project gave little explanation regarding its final decision to terminate the multibillion dollar pipeline project. In its statement, the company noted Biden’s decision to revoke the permit and they had completed a comprehensive review of its options that contributed into making the final decision. The company also stated that it consulted with the government of Alberta, Canada, and going forward it would build its businesses in shipping and storing natural gas, liquid fuels and power to meet growing North American demand for cleaner fuels.

The Alberta government said it would continue to explore ways to recoup the $1.3 billion it had poured into the project.

“We remain disappointed and frustrated with the circumstances surrounding the Keystone XL project, including the cancellation of the presidential permit for the pipeline’s border crossing,” Alberta Premier Jason Kenney said in a statement, vowing to continue to work with U.S. officials “to ensure that we are able to meet U.S. energy demands through the responsible development and transportation of our resources.”

One of Biden’s first actions in office sought to revoke a key permit for the project, a move he promised to do during the 2020 campaign trail. The following day, TC Energy was forced to halt work on the pipeline, eliminating more than 1,000 construction jobs.

Republicans and oil and gas industry officials hammered Biden for rescinding the cross-border permit, arguing that it would hurt both the U.S. and Canada economically and force the U.S. to become once again dependent on Middle East for crude oil. Even some moderate Senate Democrats including Montana’s Jon Tester and West Virginia’s Joe Manchin had urged Biden to reconsider. Attorneys general from 21 states had sued to overturn Biden’s cancellation of the contentious pipeline, which would have created thousands of construction jobs.

“This is devastating news for our economy, jobs, environment and national security—and its entirely President Biden’s fault,” Sen. Steve Daines (R-MT) said in a statement after news broke. “It’s beyond clear that President Biden is beholden to extreme environmentalists, and Montanans and the American people are bearing the burden.”

The Keystone XL, a 1,200 mile pipeline was designed to carry more than 830,000 barrels a day of crude oil, virtually all of it coming from the tar sands to Steele City, Nebraska. A southern leg from Cushing, Oklahoma to the Gulf Coast was approved in 2012 and constructed. Most of the northern leg also has been completed, with some of the most important gaps in Nebraska. The line was meant to come into service in 2023.

However, the project was delayed for the past 12 years, caused by opposition from environmentalists who would center its fight for climate change and used it as a rallying cry in their campaign to block major new oil developments. It also would be embroiled in court challenges caused by liberal state oppositions and environmental protest, leaving the project in legal limbo since the project was initially given the clearance to extend the route.

Despite numerous review from its own state department, former President Obama after a drawn-out review would finally cave to environmentalist false rallying calls and rejected permits for the project in 2015. Two years later, former President Trump approved the permit within the first week in office in 2017, signing an executive actions to advance the construction of the Keystone XL pipeline, along with the four-state Dakota Access oil pipeline. However, the project afterward faced numerous legal challenges that hampered construction.

The American Petroleum Institute, the oil and gas industry’s largest trade group, expressed disappointment over the news, calling it a “political obstructionism,” that led to the “blow to U.S. energy security and a blow to the thousands of good-paying union jobs this project would have supported.” 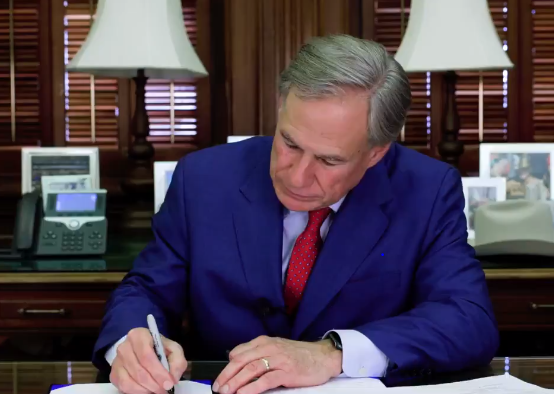 Biden Administration Threatens to Sue Over Housing for Migrant Children