Vice President Kamala Harris snapped at a Hispanic reporter when asked when exactly will make the trip down to the U.S.-Mexico border, visibly showing irritation towards this one question that has dogged her repeatedly this whole week.

In an interview with Miami-Hispanic network Univision Thursday night, Harris spoke to Colombian journalist Ilia Calderón following her first foreign trip to Guatemala and Mexico. The interview saw Harris being repeatedly grilled by Calderón when she would make a visit to the U.S.-Mexico border to see the migrant situation with her own eyes, amid the worsening migrant crisis seeing numbers reaching highs not seen since 2006.

“As Vice President, you have not visited the border. Yet, Congressman Henry Cuellar of Texas from your own party has said that he is urging you and President Biden to visit the border. This is what he said: ‘Someone has to listen to our local communities, with all due respect, just coming to comply is not enough, they have to understand.’ How do you respond to him?” Calderón asked Harris.

“When are you going to the border, Vice President?” Calderón interrupted Harris to ask.

“The administration has asked…,” Harris continued before pausing to hear Calderon’s question that was reportedly caused by a satellite delay to respond curtly.

“I’m not finished,” Harris rudely told the Univision host while at the same time raising her finger and laughed awkwardly to reprimanded Calderón for interrupting her.

“So my first trip as vice president of the United States was to go — in terms of a foreign trip — to Guatemala, to be on the ground there. To address and to be informed of the root causes why are the people of Guatemala leaving,” she added.

“Do you have a date for your trip to the border?” Calderón followed up by asking Harris after the vice president explained that her trip was about informing her on the root causes of migration.

“I will keep you posted,” Harris replied.

The yet-another awkward moment for Harris comes after she made headlines earlier this week when she gave a defensive and cringeworthy response Tuesday to NBC News Lester Holt when reminded that she hasn’t visited the border since being tapped the border czar 78 days ago.

“And I haven’t been to Europe. And I mean, I don’t understand the point that you’re making. I’m not discounting the importance of the border,” Harris said as she laughed at her own head-scratching joke response.

Before conducting the interview with Holt that has overshadowed her first foreign trip, Harris during a press conference Monday, brushed aside criticism when asked by reporters about why she has yet to visit the U.S. southern border, dismissing a border visit as a “grand gesture” that wouldn’t accomplish anything.

Following her interview with Holt, Harris fumbled multiple questions about the border when dogged by numerous reporters. While she was on the ground in Mexico City on Tuesday, a reporter asked Harris why, given the proximity, she wouldn’t make a stop to the border on her way back to Washington.

“I’ve been to the border before I will go again,” Harris told reporters before her team attempted to end the press gaggle. “But when I’m in Guatemala, dealing with root causes, I think we should have a conversation about what’s goingon in Guatemala.”

At a Tuesday evening press conference in Mexico City, Harris was asked two more times on the same question — if and when she would visit the border.

“I will, and I have before,” Harris said, noting that she is from California and that she would visit again “soon.” When a second reporter asked “how soon,” Harris ignored the inquiry, saying, “the issue of root causes is not going to be solved in one trip that took two days.”

CNN reported following the two-day trip that the Biden administration officials are “quietly perplexed” about Harris’ “ill-prepared answers” to the border questions and are worried that the “sound bite would likely stick” onto the vice president. The vice president team, however, are “frustrated” that the questioning they see being “driven by Republican attacks” and “were distracting from her broader trip.”

The new interview from Harris comes as Customs and Border Patrol reported new data showing 180,034 migrants apprehended and arrested along the U.S.-Mexico border in May, up from 178,622 apprehensions in April and 172,331 in March. In addition, the May 2021 total saw a one-year explosion of 674 percent compared to May 2020 data. 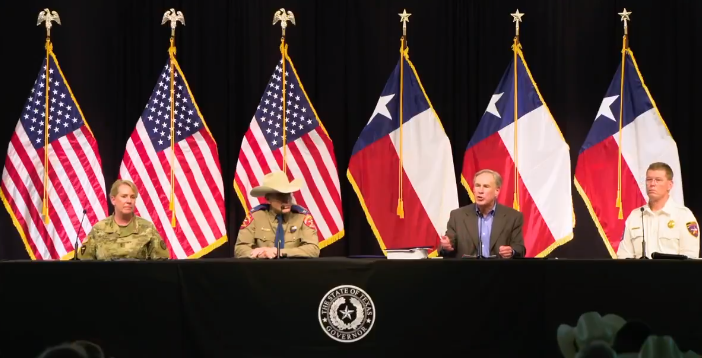