On Tuesday, the Biden-Harris administration announced a new eviction moratorium, effective through Oct. 3 that would temporarily halt evictions in areas with “substantial and high levels” of virus transmissions. The move aims to protect hundreds of thousands of renters at risk of being kicked out of their homes during a pandemic and follows intense pressure from progressive Democrats who insisted the administration do more to prevent some 3.6 million Americans from losing their homes during the COVID-19 crisis.

The previous moratorium, which went into effect in September, expired on Saturday after the Supreme Court warned that an extension would require congressional action. The president remained hesitant on whether the Supreme Court would approve the measure, but added that the moratorium — even if it gets challenged in court — “will probably give some additional time” for states and cities to release billions of dollars in federal relief to renters.”

Texas Democratic Party Chair Gilberto Hinojosa released a statement Wednesday in which he praised the extension that would cover large areas of the state that saw dramatic surges in positivity rates during July.

“Texans will not have to worry about housing and risking their lives as they work to get back on their feet. This is a win for our public health, our economy, and for the millions of Americans suffering from the ongoing effects of this health crisis,” he wrote. “We are grateful to President Biden and the many Democratic leaders who have been working tirelessly to protect Americans. However, the Supreme Court has signaled that only Congress can extend the eviction moratorium even further–so we urge all members of Congress, not just Democrats, to work in helping the public during this time of great need.”

Hinojosa went on to urge the governor and state legislature to “act quickly and issue the federal funds allocated to our state to pay back rent for those at risk of eviction. Republican leaders in Texas must put people over their political agendas and immediately get Texans the critical relief they need to survive these challenging times.” 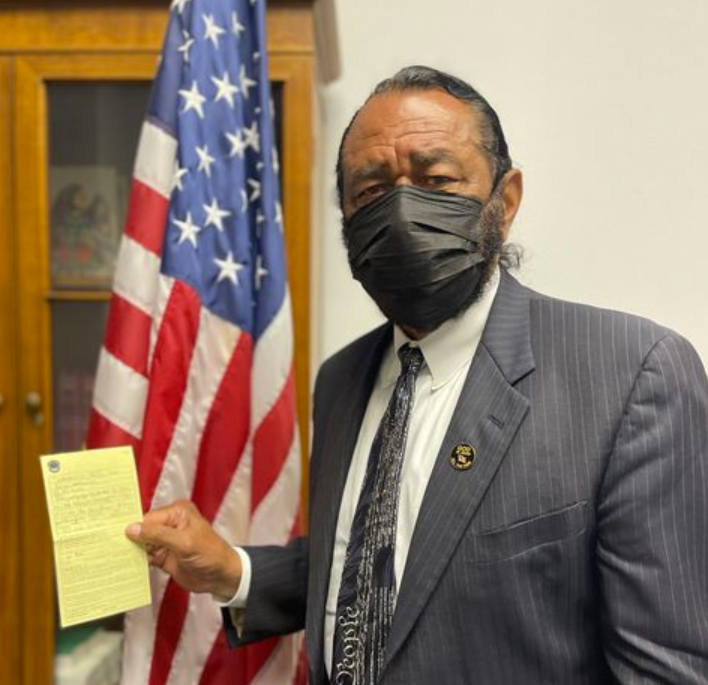