Rep. Michael McCaul (R-TX) said that six airplanes carrying American citizens and Afghan allies are sitting at an airport in Afghanistan trying to depart, but the Taliban is currently “holding them hostage for demands.”

McCaul, the top-ranking Republican on the House Homeland Security Committee, said during an interview with “Fox News Sunday” that the six airplanes, despite approval from the State Department have been at Mazar-i-Sharif International Airport in northern Afghanistan “for the last couple of days” but have been held hostage by the Taliban who now controls the country.

“In fact, we have six airplanes at (Mazar-i-Sharif International Airport) with American citizens on them as I speak, also with these interpreters, and the Taliban is holding them hostage for demands right now,” McCaul told Fox News host Chris Wallace on ‘Fox News Sunday.’

“State has cleared these flights, and the Taliban will not let them leave the airport,” McCaul added.

Wallace pressed the Texas Congressman on what demands the Taliban were making.

“Well, they are not clearing airplanes to depart. They’ve sat at the airport for the last couple days, these planes, and they’re not allowed to leave,” McCaul responded.

“These planes, and they’re not allowed to leave. We know the reason why is because the Taliban wants something in exchange. This is really, Chris, turning into a hostage situation where they’re not going to allow American citizens to leave until they get full recognition for the United States of America,” McCaul added.

After the interview with McCaul, CBS News reported that multiple flights are being held on the ground at the Afghanistan airport by the Taliban. The State Department has informed members of Congress about the ongoing situation an email that the charter flights have the approval to land in Doha “if and when the Taliban agrees to takeoff.” Between 600 and 1,200 people — including 19 American citizens with two of those permanent American residents are waiting for the flights at a location outside the airport

“The Taliban is basically holding them hostage to get more out of the Americans,” a senior congressional source told CBS News.

Mazar-i-Sharif, Afghanistan’s fourth-largest city, fell to the Taliban in June during the fundamentalist militant group’s summer blitz across the country. The city in northern Afghanistan was a major site of NATO operations throughout the coalition’s operations in the country. According to the AP, a worker at the Mazar-e-Sharif airport said that he believes were chartered by the US are parked at the airport. The source said that the Taliban is preventing the planes from leaving until they first check the documents of those on board, many of those on the flight who do not have passports or visas.

McCaul also repeated his warnings to the Biden administration not to trust the Taliban.

“I think in many respects because this administration ignored the warnings of the intelligence community assessments, overrode the top generals, we find ourselves in this very precarious, dangerous situation where the Taliban is now dictating terms to us,” McCaul said.

The Texas lawmaker also said that he received a “classified” exact number of Americans who currently are still left in Afghanistan, stating the number is “in the hundreds.” However, last week, Secretary of State Antony Blinken claimed that “under 200 and likely closer to 100” U.S. citizens are still in the country.

“We have hundreds of American citizens left behind enemy lines in Afghanistan as I speak. And also, very sadly, the interpreters who worked with our special forces, almost all of them were left behind,” he said.

“And that was a promise that the president made. I’ve said all along. This president has blood on his hands. And, this week, this last week, we had 13 servicemen and women come home, flag-draped coffins at Dover. ​This problem’s going to get worse, not better, and it’s — we have left them behind. That’s the basic creed of the military,” McCaul added.

On Tuesday, President Biden said that between 100-200 Americans were left behind in Afghanistan amidst the last evacuation flights last Monday. Most of them are dual citizens who have family ties to Afghanistan and claim it is the main reason why they may not want to leave the country.

The Floridian has reached out to the State Department for comment. 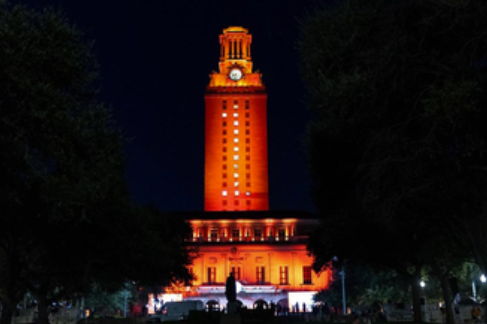