President Biden traveled to New York and New Jersey Tuesday to survey areas heavily damaged by the remnants of Hurricane Ida but received a hostile welcome throughout his visit from angry residents who didn’t hold back their anger over his handling of the Afghanistan withdrawal.

After landing at JFK airport in Queens, Biden was met by a group of pro-Trump supporters who jeered his motorcade as it drove along the route through North Jersey. Bystanders were seen holding profane signs while others flashed the president’s motorcade with the middle finger, including a young boy who was photographed also giving Biden the finger. Most supporters held Trump flags, but some flags held read “F–k Biden.” Some held posters that read, “F–k Biden and F–k You for Voting For Him,” with another one that read, “Biden go back 2 the basement.”

Videos on social media showed Trump supporters lined the streets to chant to Biden as his motorcade passed by what they thought of him.

“Murderer. Killing our kids out there. You worthless piece of trash,” one man is heard shouting.

As his motorcade rolled through Hillsborough Township to nearby Manville, New Jersey, a man was photographed holding a handmade sign with Biden’s hands dripping in blood and read: “HURRICANE BIDEN: MORE DESTRUCTIVE THAN IDA!”

Before surveying the damage from the remnants of Hurricane Ida, Biden held a listening session with New Jersey Gov. Phil Murphy and local lawmakers where he used the event to repeatedly attributed the flood damage to climate change as he pushed to justify the passage of the $1.2 trillion bipartisan infrastructure bill and $3.5 trillion social spending bill. At one point, Biden endured another one of his infamous verbal gaffes where he asserted that tornadoes are called something else now, leaving his definition of the new word unclear.

“The members of Congress know, from their colleagues in Congress, that, uh, you know, the, looks like a tornado, they don’t call them that anymore, that hit the crops and wetlands in the middle of the country, in Iowa and Nevada. It’s just across the board,” Biden said

During his tour of damaged homes in Manville, New Jersey, Biden couldn’t escape hecklers who furiously shared their anger over his hastily and chaotic handling of U.S. troops’ withdrawal from Afghanistan.

A Manville resident interrupted Biden by yelling, “Resign, you tyrant!” as the president was giving a message to those who wanted to listen to him give false encouragement from the devastated neighborhood. Based on the pool report, reporters positioned between the president and the man reported that Biden did not react to the bystanders expressing their anger over his failed leadership.

A family was seen outside of their backyard as one was seen holding a “Trump 2020” flag. The video live shot feed moved the camera to the family as they watched Biden walk through the Manville streets covered in water-damaged furniture.

“My country is going to shit, and you’re allowing it! I’m an immigrant, and I’m proud of this country! I’d give my life for this country. You guys should be ashamed of yourselves,” a woman was heard yelling in the video from a distance as Biden was speaking to local New Jersey officials and police. “This is a republic, not China. It’s sad that America has come to this. It’s sad. It’s a shame. It’s despicable.”

“All this for an f–king photo-op?” another man was heard ridiculed Biden during his tour of the neighborhood. “He ain’t gonna do shit!”

As Biden was seen talking to law enforcement authorities, the initial heckler expressed his personal anger over Biden’s handling of Afghanistan.

“My best friend died in 2011 in Afghanistan for what?” the heckler who was not seen in the camera view but was heard shouting at Biden. “For this guy to pull this shit? You leave them in ruins and leave Americans behind!

“Leave no American behind!” the woman added.

Another man was heard shouting to secret service members assigned to protect the president and local New Jersey police officers, “He will leave you behind — you guys protecting him.”

The heckler, angry at Biden’s handling of Afghanistan then named his best friend, that was killed during the 20-year war.

“Ronald Wildrick buried in Arlington. 2011 — December 11. For what? He lost his life for what?” the man shouted.

Biden dismissed the hecklers angry over his handling of the Afghanistan withdrawal and only focused on those that gave him positive attention.

Later in the day, the president arrived in Queens, where he was with an entourage of New York Democrats. In a speech, Biden addressed that he castigated during his stop in Manville regarding his chaotic withdrawal from Afghanistan but claimed that those hecklers didn’t actually live in the area and were upset about his position on climate change.

“The people who stand on the other side of the fences, who don’t live there, who are yelling that we’re interfering with free enterprise by doing something about climate change — they don’t live there,” Biden said. “They don’t understand.” 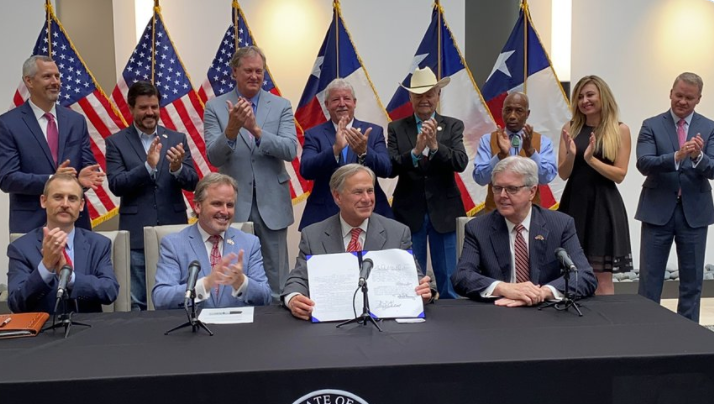