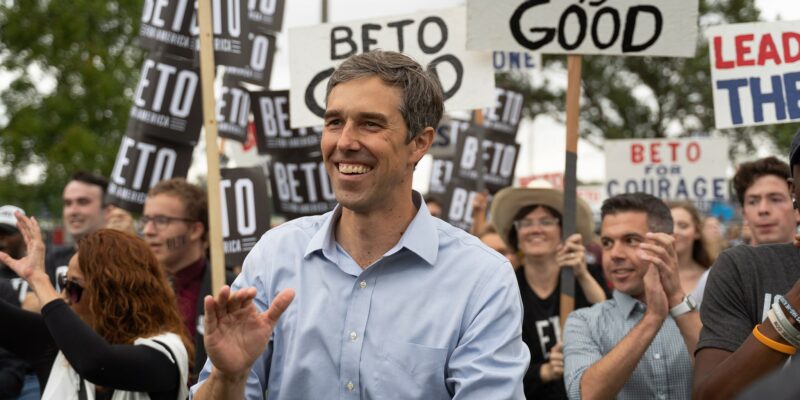 Democrat Beto O’Rourke officially entered the race for Texas governor on Monday against two-term Republican incumbent Gov. Greg Abbott who has put Texas on the vanguard of hard-right policymaking in state capitals.

In a two-minute video announcing his campaign, he criticized the “extremist policies” of Texas Republicans and declared, “those in positions of public trust have stopped listening to, serving and paying attention to — and trusting — the people of Texas.”

He went on to discuss the deadly February winter storms and freeze that crippled much of Texas’ electricity grid and left millions of Texans without power and running water, and led to hundreds of deaths.

“They were abandoned by those who were elected to serve and look out for them,” he said. “It’s a symptom of a much larger problem that we have in Texas right now. Those in positions of public trust have stopped listening to, serving and paying attention to and trusting the people of Texas.”

The former three-term Democratic congressman from El Paso established himself on the national stage during his campaign against Senator Ted Cruz in 2018. Though he lost the Senate race by nearly three percentage points, O’Rourke’s popularity revitalized hope for Texas Democrats. Later, in 2020 he entered into the Democratic presidential primary as a party phenomenon, but dropped out just eight months later. O’Rourke’s bid to win an office last occupied by Democrats in 1995 marks his third run for office.

Over the past few years, O’Rourke has remained active in Texas politics. His response to the winter storm received bipartisan national commendation after he solicited donations for storm victims, organized wellness checks for seniors and delivered water from his pickup truck. His organization, Powered by People, has helped to register voters — nearly 200,000 since late 2019, according to the campaign — and Mr. O’Rourke raised around $700,000 to support Democrats in the Texas House after many fled to Washington to block a restrictive new voting measure that ultimately passed. This year, Powered by People organization has focused on passing federal voting rights legislation that would lessen the impact of new state election laws like those Abbott and the GOP-controlled Legislature enacted this year.

He has also used his platform to push for pandemic-related public health measures like those backed by local Democratic leaders in Texas, a contrast to Mr. Abbott, who has banned mandates for masks or vaccines.

Though O’Rourke has a record of generating attention and cash, the 2022 race will take place against a national backdrop that favors Republicans, including an economy still struggling to rebound from the pandemic and a Democratic president whose popularity has been sinking.