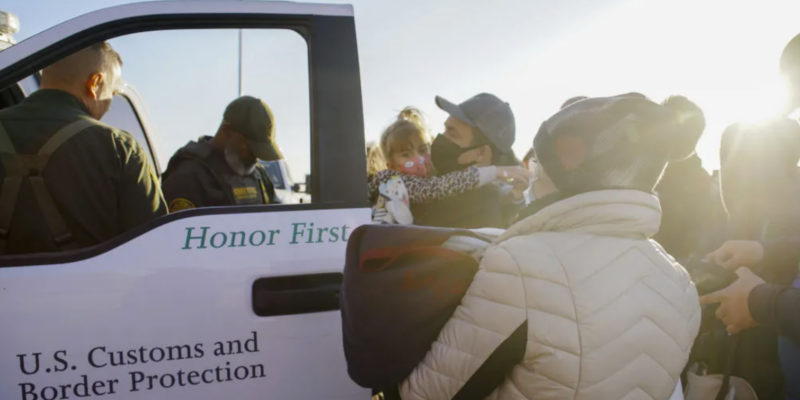 Multiple Texas counties on Tuesday called on Gov. Greg Abbott to declare the prolonged surge in migrants at the southern border to be an ‘invasion’ and begin using state resources to deport migrants.

Immigration law enforcement falls under the jurisdiction of the federal government. However, a fringe legal theory has gained traction in conservative circles which some hope will open up a number of potential legal avenues for states to begin deportations.

Such arguments wrest on language in Article I of the Constitution that allows for States to “engage in War” when it has been “actually invaded, or in such imminent Danger as will not admit of delay” without the approval of Congress. Among advocates for this move are Former Office of Management and Budget (OMB) Director Russ Vought and former acting deputy DHS Secretary Ken Cuccinelli. They have also pointed to Article IV says the U.S. “shall protect each [state] against invasion.”

Texas would not be the first state to make the declaration. In February, Arizona Attorney General Mark Brnovich issued a legal opinion favoring the legality of the state’s governor Doug Ducey invoking war powers to send the state’s National Guard to its border to stop an “invasion” of drug cartels and criminal gangs.

Brnovich’s announcement was met with some pushback. The Arizona Attorney General is running as a Republican for a U.S. Senate seat and many have dismissed the idea as a ploy for election. It has also faced skepticism from fellow Republicans, including Ducey and Abbott, who in April expressed concerns that such a move could expose state law enforcement to federal prosecution.