“Look at this in Michigan! A day AFTER the election, Biden receives a dump of 134,886 votes at 6:31AM,” tweeted President Trump

Trump then tweeted, “Look at this in Wisconsin! A day AFTER the election, Biden receives a dump of 143,379 votes at 3:42AM, when they learned he was losing badly. This is unbelievable!” 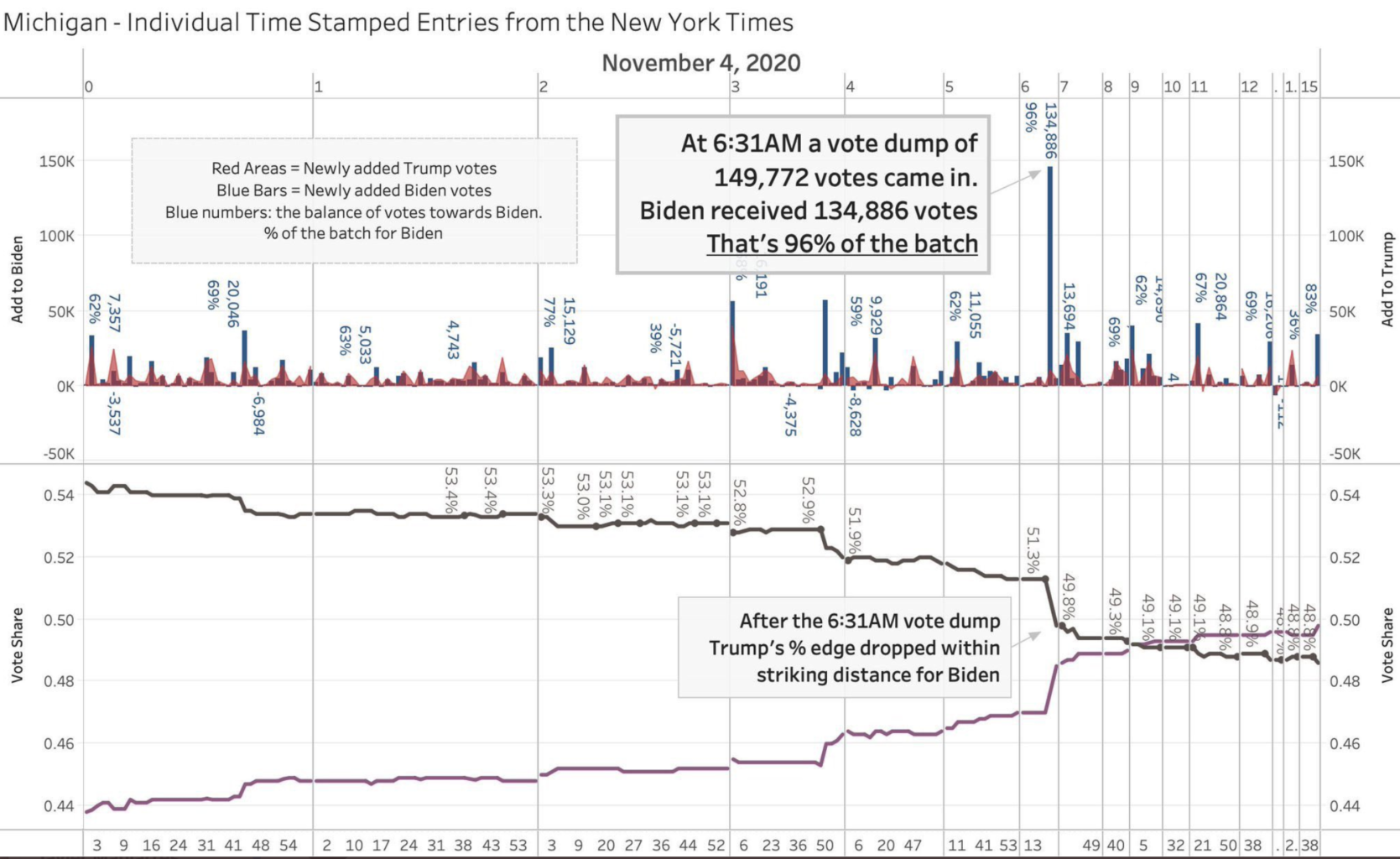 Where did all of these votes come from?

Short of a Supreme Court ruling to redo the election, it will be hard to account for all the votes that came in because they have already been mixed in with those that came in earlier.

Meanwhile, Georgia’s mandatory recount has been concluded and the AP has called the Peach State for former Vice President Joe Biden.

Crenshaw Calls for “no More Lockdowns”