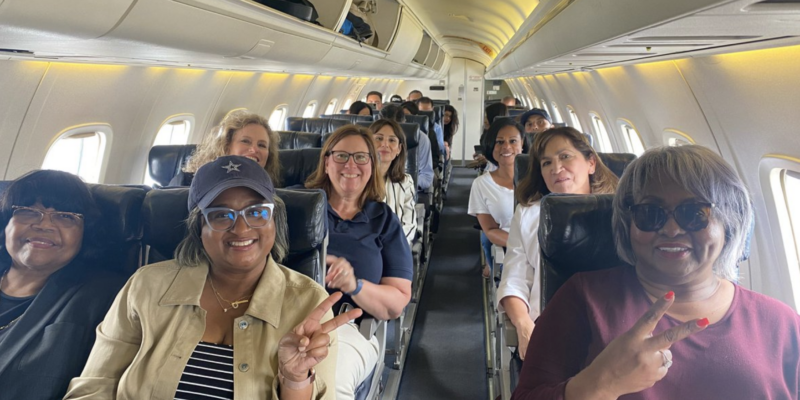 Maskless Texas House Democrats were on the first flight out of Dodge today, breaking quorum in order to spite the Republican-led legislature, and not have to vote on key bills they oppose, particularly the voter integrity measure.

Texas Gov. Greg Abbott called out the all-smiles legislators, stating that their abandonment of the “Texas State Capitol inflicts harm on the very Texans who elected them to serve.”

“Texas Democrats’ decision to break a quorum of the Texas Legislature and abandon the Texas State Capitol inflicts harm on the very Texans who elected them to serve. As they fly across the country on cushy private planes, they leave undone issues that can help their districts and our state,” stated Gov. Abbott in a press release.

Gov. Abbott added that Democrats need to put aside their “political games” and return to Austin to do the jobs they were elected to do, adding that by refusing to vote, the constituents were bing denied “important resources simply because their elected representative refused to show up to work.”

Here is the image that State House Democrats have been circulating. Notice that they are all maskless, and the overhead storage compartments are open. Did one of the overhead pieces of luggage fall on one of their heads?

Wait, if this is not a commercial plane, who paid for the charter?