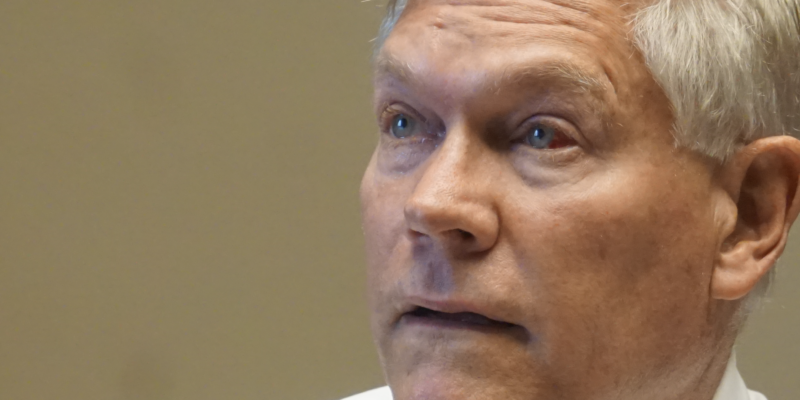 Infrastructure is the issue right now that has pulled many Republicans and Democrats together, particularly moderate congressional Democrats like Rep. Stephanie Murphy, who has struggled to find middle ground on the measure with her Democratic colleagues.  President Biden (D) vowed to buy American, but now Republicans are furious over Biden’s infrastructure “deception” or “bait-and-switch.”

As Speaker Pelosi (D-CA) prepares to unveil the Democrats’ latest trillion-dollar plan, US Rep. Pete Sessions (R-TX) had other plans.

In a letter to the House Speaker, Sessions wrote: “This piece of legislation has been sold to the American people as one that will support American jobs and build American infrastructure.  However, as the bill is written, federal agencies will have complete discretion to ignore American-made products to be used in American infrastructure projects.”

Rep. Session contends that the buy American clause found in the measure could easily be “gutted” by the Biden Administration

“They sold it as a big deal for the American workers, for the American consumer, and yet this administration without notice can waive the provisions entirely, added Rep. Sessions, who also said that he spoke to Democrat House members about the ‘buy American clause,” concluding that they were “unaware.”

Sessions then proceeded to call the bill, HR 3684, “unacceptable.”  The Congressman also further criticized  the free range of federal agencies and mentions a $200 billion minimum to be used on electronic projects, furthering the enrichment of China, who Sessions says is “the predominant manufacturer of the world’s electronic products.”

This week the President has been in hot water over statements that left many Americans confused over the funds for his recent legislation, stating that it will cost $0 to push this $1.2 trillion bill through.  This is in addition to the debt ceiling once again being raised that both Republicans and Democrats have indiscriminately ignored.