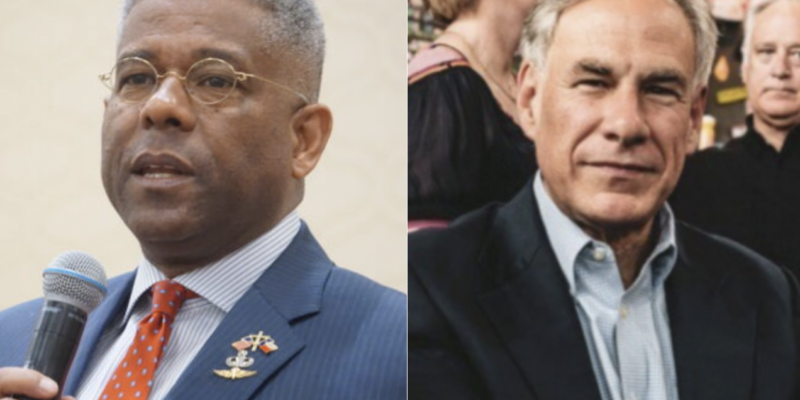 The poll, which was conducted Jan 9-10 and polled 1,900,000 “high propensity likely Republican voters” and had a margin of error of 2.54%, could signal that a run-off election between West and Gov. Abbott is all but assured.

The poll shows support for Gov. Abbott has eroded a bit and West was quick to point his surge in support for the upcoming March 1 election.

West, who has been running a traditional grassroots campaign where he has been traversing the Lone Star state and shaking hands with the base conservative base of the Texas GOP, was quick to point out the erosion of support for Gov. Abbott, and surge in support for his candidacy.

“In a crowded field, the obvious choice for those who hope to see Governor Abbot unseated by a “Texas First” conservative outsider is Lt. Col. Allen West. Texas deserves true conservative leadership that will end the invasion at the border, stop the mutilation of children at the altar of gender dysphoria, and end the sex slavery crisis that is engulfing every part of Texas from our quiet border towns to the sprawls of Dallas and Houston. The working people of Texas and their children deserve to be safe, own their own home by transitioning from the Marxist property tax system, and be free from tyrannical overreach whether it comes from Washington, D.C. or Austin, TX.”- West for Texas Campaign