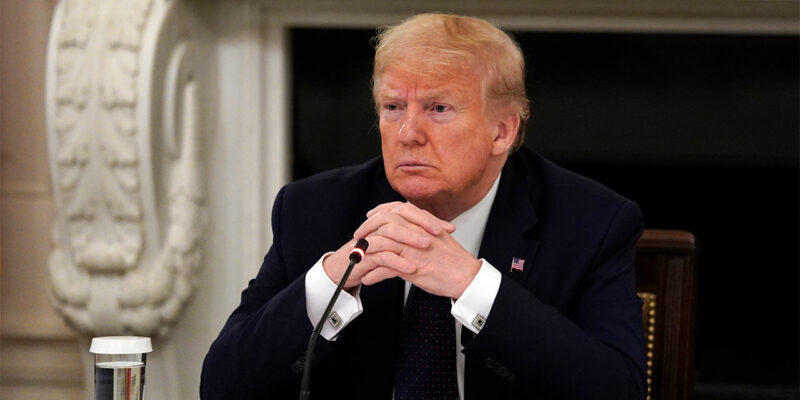 Since he was elected President, Congressional Democrats have pursued President Donald Trump’s (R) tax returns. The President has been embroiled in legal woes regarding the January 6 Committee’s investigations, and the House Ways and Means Committee has finally been able to release a redacted version of Trump’s tax returns.

The release covers six years of the president’s individual returns that were filed jointly with former First Lady Melania Trump, which also includes his time in the White House. Moreover, the document includes tax forms for the president’s business entities that were under investigation by the committee.

The Democratic majority released a report, and it included a response by Republican members of the committee.

The document is comprised of 6,000 pages, which includes 2,700 pages of individual returns and over 3,000 pages from the president’s businesses. The efforts to investigate Trump have been met with scrutiny from Republican’s who’ve called it a “witch hunt.”

Speaking of the documents that were released by the committee, a GOP aide said that Republicans “were a bit surprised when the materials did not contain the audit materials,” adding that “you only have the majority’s interpretation of them. They selected limited pieces of audit materials; they didn’t provide very many source documents that would allow you to evaluate for yourself whether their interpretations are fair.”

In contrast, a spokesperson for committee Democrats expressed that “the committee’s investigation exposed the truth, and the facts are simple. The IRS failed to audit the former President under the mandatory audit program, and only began once Chairman Neal got involved.”

Texas Rep. Kevin Brady (R), the Ways and Means Republican Leader, criticized the release of President Trump’s tax information, saying that “Democrats have charged forward with an unprecedented decision to unleash a dangerous new political weapon that reaches far beyond the former president, overturning decades of privacy protections for average Americans that have existed since Watergate.”