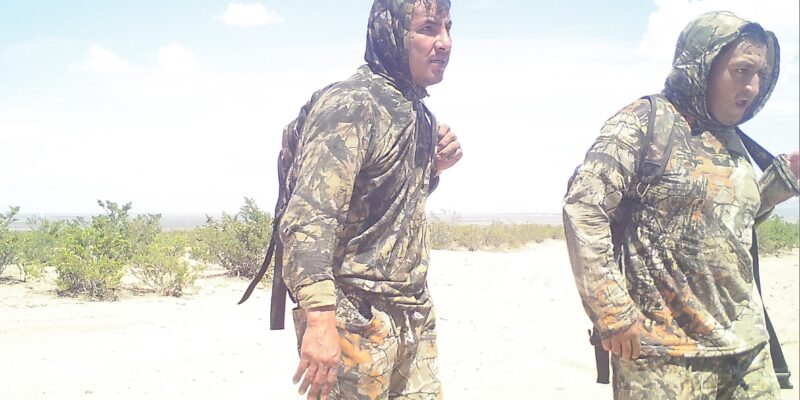 During the last week of the 2022 holiday season, migrant families in El Paso, Texas were facing horrific conditions of homelessness and fear of deportation. Currently, many migrant families are living in the streets of downtown El Paso near Sacred Heart Parish.

Such living conditions have migrants concerned for their safety and health since there’s “no running water or proper shelter.” Essentially, the homelessness conditions of migrant families have been caused by Title 42 not being lifted.

On Dec. 28th CNN reporters and anchors Rosa Santiago, Leyla Flores, and Elizabeth Wolfe wrote, “The controversial order was set to end December 21st but remains in legal limbo after the Supreme Court issued an order Wednesday allowing the policy to remain in effect while legal challenges play out - a process that could stretch out for at least several months.”

Title 42 was never lifted as migrants had hoped, so out of “pain” and “desperation” they have crossed the border illegally feeling there’s no other option.

Come Dec 31st, Flores and Karol Suarez recap and follow up how “Title 42 prompted thousands of migrants to turn themselves in to border authorities or to cross in the United States illegally in a very short period of time.”

Mario D’Agostino, El Paso’s deputy city manager, says “they are people who came in the country in anticipation of Title 42 going away.”

Flores and Suarez write “the scene in El Paso is a one of a kind.” Migrants are living in fear, anxiety, and uncertainty for their families and future. In addition to crossing the border illegally, migrants run into the problem of having no relatives or sponsors waiting for them in the US. So, they run the risk of being confronted by US immigration authorities or checkpoints.

On the border of El Paso there are shelters for migrants, but the shelters only have room for 1,500 migrants. Unfortunately, they frequently reach maximum capacity and “those beds are only offered to migrants who have turned themselves into border authorities and have been allowed to stay in the US pending their immigration cases.”

Unlike migrants who entered the US illegally, without turning themselves on, they cannot obtain or are offered shelter. Rather, they’re turned over to non-profit organizations and churches, which have massive lines forcing some migrants to be turned away.

Deportation is another factor in this crisis. Besides migrant families not having enough money for transportation or having a relative or sponsor in the US, they face possibly being detained by immigration checkpoints. For example, El Paso’s border patrol chief, Peter Jaquez tweeted “364 documented migrants who were traveling in commercial buses headed to northern cities were detained at these immigration checkpoints.”

By Title 42 not being lifted and indoor shelters reaching max capacity, some migrants have decided not to wait any longer. So, they either turned themselves in to authorities or the US illegally.