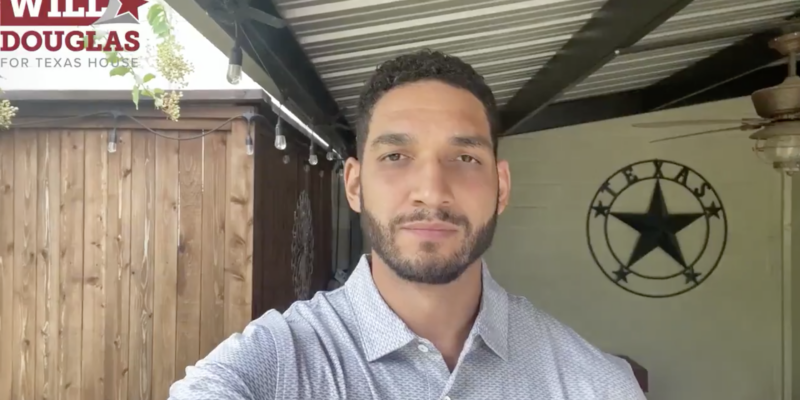 The upcoming 2020 election is host to a slew of fresh new voices from both sides of the aisle that are receiving both criticism and support, and one new voice that has been making waves in Texas is Will Douglas (R), a conservative who is running for the Texas House.

In the race for House District 113, he faces incumbent Rep. Rhetta Bowers (D), and she’s receiving some well-placed grief of her own after taking part in a fundraising call with former Texas Rep. Beto O’Rourke (D) where she made a bigoted remark against the Republican.

Taking to social media to share his grievance with the call, Douglas slammed Bowers, arguing that his opponent referred to him "as a ‘boy’ who needed a ‘whippin’ because he was a "young black Republican."

“Unfortunately,” he expressed, adding that “this is what the modern Democratic party" was comprised of.

Douglas also slammed former Vice President Joe Biden (D) for his controversial comments earlier this year. Douglas said that the Democratic party of today functions under “this idea that if you don’t vote for a Democrat, that you ain’t black.”

The other day on a fundraising call with Beto, my opponent referred to me as a “boy” and that I needed a “whippin” because I'm a young black Republican.

In running for the Texas House, on his campaign website, Douglas assures that he "is running for office to ensure the next generations of Texans can live in a state where the economy is strong and our communities are safe."