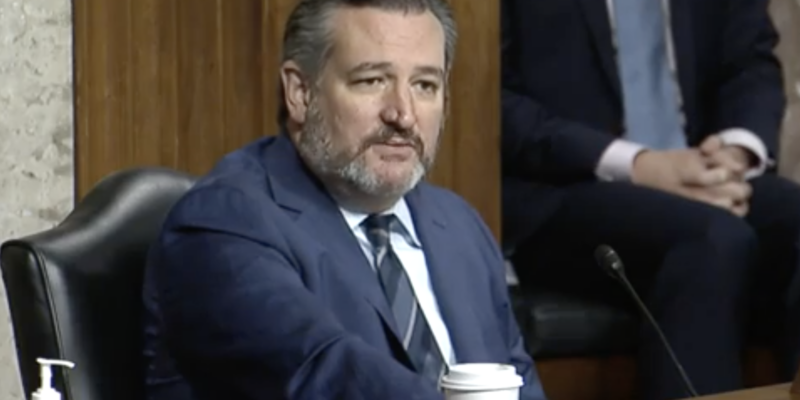 While tensions rise in the Middle East, politicians at home are continuing to grapple with the ongoing conflict between Israel and the Palestinian Authority, which has prompted Senator Ted Cruz (R-TX) to call out President Joe Biden’s indecisive action on Israel.

Although President Biden (D) has claimed he backs Israel, little to nothing has been done, including no plans to replenish Israel’s Iron Dome missile program according to White House Press Secretary Jen Psaki.

This answer is not just completely unacceptable, it's disgraceful. https://t.co/cb9RgsUTHS

Even though the White House has remained relatively silent, Sen.Cruz brings an important idea to light—House Democrats still aren’t sure with what route to take on the tense situation.

Rep. Ilhan Omar (D-MN), one of two House Muslim-Americans has been very outspoken, calling the Israeli government an “apartheid,” state and even questioned why the United States is funding such a country.

Omar was joined by Rep. Rashida Talib (D-MI), who went as personally calling out other Democrats for supporting Israel, and drawing parallels between police brutality in America and the occupation of Palestine.

Those”other Democrats” include, but are not limited to Rep. Ted Deutch (D-FL) and Rep. Debbie Wasserman-Schultz (D-FL).

The two pro-Israel representatives have long pointed out that the terrorist group Hamas uses women and children as shields, such as shooting rockets from schools and hospitals.

Deutch has characterized Hamas as “sworn to wipe out the only Jewish state on Earth.”

Wasserman-Schultz also placed the blame on radical Islam, claiming that the ideology is, “Single-handedly responsible for the escalation that has led to the bloodshed of Israelis and Palestinians,” adding that it was, “especially irresponsible to demonize Israel’s conduct while ignoring her right to self-defense.”

House Democrats now face an ultimatum.  Will they support a long-term ally, Israel, or cave to the squad’s band of terrorists?

Over 150 Republican Reformers Release a Manifesto