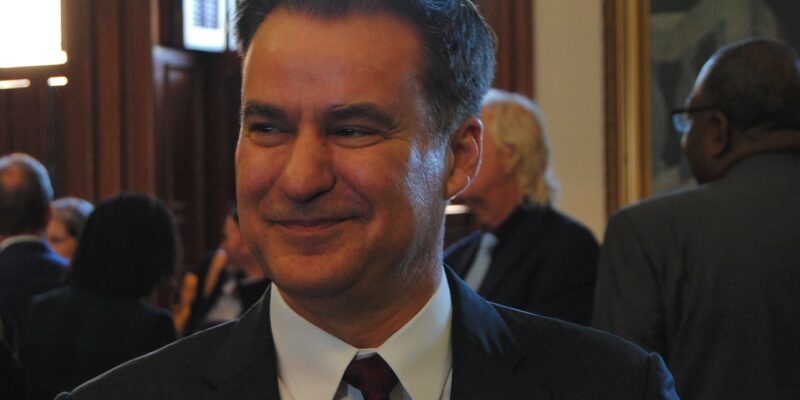 In response to the Robb Elementary School shooting that occurred in Uvalde, Texas, State Sen. Roland Gutierrez proposes that Texas should raise the age limit to buy a gun from 18 years old to 21.

The massacre is one of the deadliest school shootings to take place in America, and it troubled parents, citizens, and lawmakers around the country. Sen. Gutierrez stated, “Not one parent in Uvalde is asking for anybody’s guns to be taken away. They’re asking for a small law change to not allow an 18-year-old to have access to a militarized weapon until they’re 21. It’s common sense.”

Texas NEEDS to #RaiseTheAge to buy these guns from 18 to 21!

This is a COMMONSENSE GUN SAFETY solution that we are demanding to prevent another #UvaldeMassacre!

Texas is a heavily-armed state, and talks of gun control typically prove to be unpopular. However, Sen. Gutierrez believes that he has some level of bipartisan support for his new legislative initiative.

In 2021, on the 3 year anniversary of the Parkland school shooting, President Joseph Biden (D) claimed that he intended to increase gun reform across the nation. He stated, “We will take action to end our epidemic of gun violence and make our schools and communities safer.” His calls for “commonsense gun law reforms”, required background checks on all gun sales, banning assault weapons and high-capacity magazines, as well as holding gun manufacturers accountable, did not go well with then-Texas GOP Chairman and Retired Lieutenant Governor Allen West (R).

Chairman West stated, “The citizens of Texas will not be disarmed and turned into subjects so that tyranny, drug cartels, and criminals can have us live in fear. Texans live by a simple motto, ‘Come and Take It’.”

When asked if he believed there was a chance he could get the bill passed, Gutierrez stated, “I’ve talked privately to some of my colleagues in the Senate, and there is some interest.” He continued, saying, “It’s my hope we can get there.”

According to Gutierrez, it is his desire to get the legislation, which he claimed had the support of 80 percent of, presumably, registered Republican voters, on the floor of the House and Senate. He stated, “I’ll be adding my legislation as amendments to any one of their bills.”

“It’s my prerogative to have that discussion because those families deserve it,” he stated. He continued, stating, “All they’re asking for are common sense gun solutions so that this doesn’t happen again.”