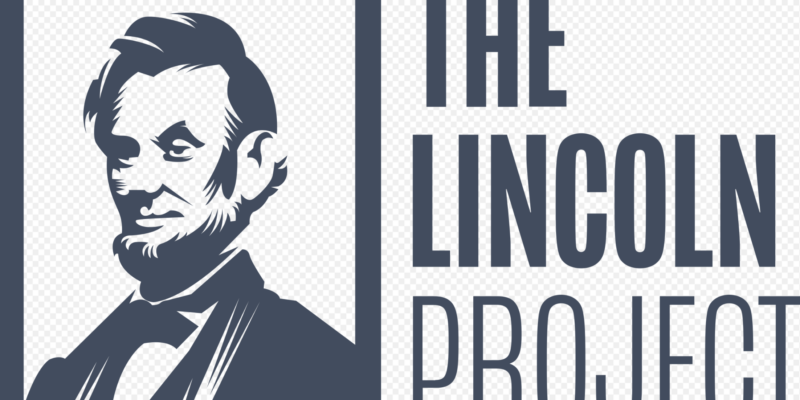 The Lincoln Project’s spectacular fall from grace continued this week after the group refused to apologize for falsely smearing a Republican state senator from Georgia as racist — which ultimately cost him his job at a law firm.

It’s the latest in a series of shameful episodes for the disgraced band of Never Trumpers, which rose to liberal darling status in 2020 while turning its viral videos attacking President Trump into a $90 million cash cow. Now, the group is under siege by critics, former supporters, and even several of the group’s own founders for its coverup of sexual misconduct allegations against co-founder John Weaver, who for years had been preying on young men — some only 14 years old.

When news of Weaver’s behavior initially surfaced in January, Steve Schmidt, The Lincoln Project’s high-profile co-founder, was quick to express shock over the allegations, claiming there was “no awareness” of inappropriate behavior. Of course, that shock was revealed to be a lie when reports emerged that Weaver’s salacious conduct was raised internally among Lincoln Project leadership last year. Soon after that revelation, the group took the shocking step in February of posting private Twitter messages between a reporter and Jennifer Horn, The Lincoln Project’s only female co-founder, in apparent revenge for Horn’s public criticism of the group’s response to the Weaver allegations.

But as the saga surrounding Weaver unfolds, much of the focus has recently turned to The Lincoln Project’s finances and exactly how it spent the $90 million it raked in from donors — money that undoubtedly helped finance Schmidt’s recent purchase of a $1.4 million Utah mansion with “stunning” mountain views.

According to reports, what we do know is that The Lincoln Project spent just $27 million on ads that aired during the 2020 campaign and that the organization sent more than $50 million to consulting firms run by several of the group’s co-founders.

That included $27 million to Summit Strategic Communications, operated by Lincoln Project co-founder Reed Galen. Another $21 million went to Tusk Digital, run by Ron Steslow, a co-founder who left the group in December after what The New York Times called a “bitter standoff” with the Schmidt-Wilson-Galen-Weaver cabal of original founders. The Times also noted that Steslow raised the initial red flags about Weaver among the group’s leadership.

But from there, it’s largely anybody’s guess how the money was spent given the opaque and outdated federal rules surrounding dark money disclosures. The Times reported that the $27 million going to Galen’s shadowy firm was used to pay the firm’s four original founders, while Galen was also taking commissions on $13 million that went to a company called Ashton Media, which placed the group’s TV ads.

While Steslow reportedly struck a nondisclosure agreement as part of his departure and has not publicly discussed details of his tenure with the organization, sources close to Tusk’s operations say that more than 80 percent of the firm’s Lincoln Project budget went to paying for the Lincoln Project’s staffing costs and thousands of ad campaigns aimed at voter persuasion and mobilization efforts.

This included digital, social, and TV campaigns as well as massive Times Square billboards and a barge laden with anti-Trump billboards that floated near Mar-a-Lago in late October depicting Ivanka Trump and Jared Kushner “seemingly delighting in the death and suffering caused by the coronavirus pandemic,” according to The Palm Beach Post. (At the time, Steslow called the barge an act of “psychological warfare” against Trump.) Sources have also claimed Tusk employed the largest staff of any firm owned by a Lincoln Project co-founder. Calls to Tusk went unanswered, but according to the organization’s website, the digital marketing firm previously worked with heavy-hitters like 2016 GOP presidential candidate Carly Fiorina and Uber. With its previous clients and The Lincoln Project, Tusk appears to follow standard industry practices for political digital agencies.

NYMag’s Miranda Green reported that The Lincoln Project denied Steslow’s request to be released from the nondisclosure agreement a day after the cabal said those who wanted to be released should simply contact it and request a release. Two days later, TIME’S UP issued a statement demanding that The Lincoln Project release all current and former employees from their nondisclosure agreements. To date, it appears no employees, including at least six former employees who requested release, have been granted the right to speak freely.

Schmidt has previously said that The Lincoln Project “fully compl[ies]” with the law. With the FBI now reportedly investigating John Weaver, federal officials should also consider examining the organization’s books to determine if Schmidt’s claims about the group’s finances are as dishonest as the shock he feigned about the Weaver allegations.